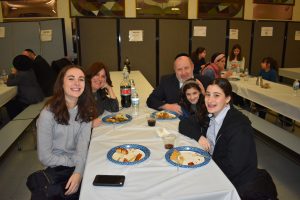 The cRc held its annual Chanuka party this year on Monday, December 23, 2019.  The event was once again hosted by Arie Crown Hebrew Day School in their  Multi-Purpose Room.  Dinner was catered by Starr Kosher Catering, and supplemented by contributions from the cRc staff.  Among the food provided was potato kugel, potato knishes, salads and the always popular Lands’s Famous Franks N Blanks.

Rabbi Aronin once again entertained the crowd with a competitive game of Chanuka Jeopardy featuring Rabbis Fishbane, Eisenbach and Schnall.  The audience wasn’t too 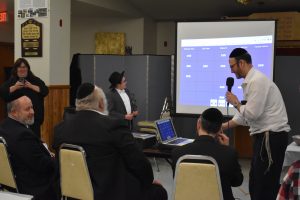 The children were able to create their own Chanuka 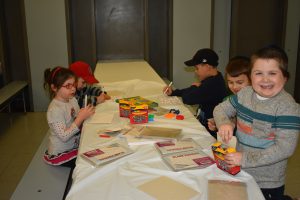 The children all went home happy after choosing a gift from the the prize table.

A wonderful time was had by all! 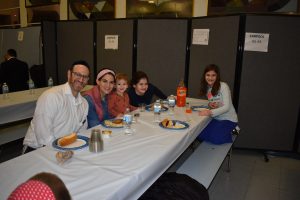